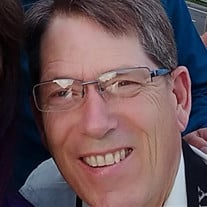 William George Westcott passed away quietly in the night at the age of sixty-nine, on June 16th, 2020, due to complications from diabetes. William was born January 9th, 1951, in Oak Ridge, Tennessee. He was the fourth of five children born to Ed and Esther Westcott, who preceded him in death. He worked for many years as a dutiful employee at Walmart in Oak Ridge.

His warm smile came easily and his kindness was contagious; he never met a stranger. As a native Oak Ridger, William could spin long, colorful yarns about local lore that would leave you wondering what was true. He knew a great deal about Oak Ridge having seen his father, Ed Westcott document so much about Oak Ridge history through photography. An enthusiastic learner of new things, William was a member of the Oak Ridge Institute for Continued Learning (ORICL), where he was enrolled in classes to advance his learning of the stock market. He was an avid follower of current events. In addition, William was a gentle soul in love with music, and he often helped organize local musical events. He reveled in the camaraderie of singing and playing with others, and his musical comrades referred to him fondly as Buddy. A great Harmonica player, he always seemed to have one in his pocket and was not afraid to use it. He loved his community, and it loved him in return.

William had a lust for life's activities, which included his riding bikes, yard work, rebuilding Cushman scooters with his brother-in-law, and participating in the local recovery community. William also enjoyed the hobby of amateur "HAM" radio, using call letters N4NCI. Through the years, William had used his radio to communicate with his father, as well seeking to speak with those in foreign countries, and even to playfully track Santa Claus. William had recently obtained his father's old call letters W4UVS, helping him to rediscover his passion for this form of communication.

William was a dedicated father and grandfather who gave love freely to his friends and family. His absence leaves a deafening and unbearable silence with those who knew and loved him. He is survived by his children, Clara Mount (Jason) and Daniel Westcott (Natacha); his grandchildren, Orion and Maverick Mount, and Nicolai Westcott; his brothers and sister, Jimmy Westcott (Vickielynne), David Westcott (Anita), John Westcott (Danielle), and Emily Hunnicutt (Don); his partner in life, Jane Jarvis; the mother of his children, Suzanne Wasilik; and a host of nieces, nephews and cousins who mourn his passing.

The family invites you to celebrate his life and memory on Saturday, June 27th at noon on the grounds of the Midtown Community Center (Wildcat Den), 102 Robertsville Rd in Oak Ridge. Bring a lawn chair, stories of William, and if you play an instrument bring that too. We will be serving lunch. We ask that you please bring a face mask to protect friends and family who are at an increased risk of severe illness during this trying time.

In lieu of flowers, donations may be sent by mail to American Diabetes Association, P.O. Box 15829, Arlington, VA 22215. Online donations can be made at www.diabetes.org/donate .

To order memorial trees or send flowers to the family in memory of William Westcott, please visit our flower store.