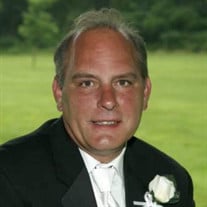 Thomas J. Mashak passed away suddenly at his home in Clinton, TN. He was 63 years old.
Thomas J. Mashak was born in Evergreen Park, Illinois to Shirley Seibert and Arnold Mashak. T.J. retired from the Chicago Transit Authority in June 2020 after 26 years as a Machinist. In his free time, T.J. is a comic book collector and a real life superhero. Whether it be a table for Mr. Incredible at at restaurant or a cool Marvel t-shirt, T.J. was ready to answer the call of justice at anytime.
Thomas J. Mashak is preceded in death by his Mother Shirley Mashak and Father Arnold Mashak, brother Daniel Mashak, sister Pam Mulloy, brother Michael Mashak, and mother in law Mary Kenny.
Thomas J. Mashak is survived by his wife Patricia Mashak, son Zachary (Paige) Fischer, daughter Courtney (Will) Rybicki, son Deshawn Coffey, sister in law Margaret (Bob) Devereaux, brother in law Joseph Kenny, and his loving dogs Holli & Odie.
Services will be held at a later time. T.J.'s wishes were to be cremated. Martin Oak Ridge Funeral are in charge of arrangements.

To order memorial trees or send flowers to the family in memory of Thomas Mashak, please visit our flower store.