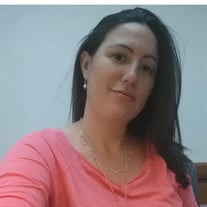 Stephanie Leigh Wilson 39, of Mt. Juliet, TN passed away peacefully on November 23, 2021 at Vanderbilt Hospital after a long-fought battle with Leukemia.
Stephanie was born August 7th, 1982 to Todd and Patty Wilson in Daytona Beach, FL and raised in Nashville and Mt. Juliet, TN. She graduated High School in 2000 and later received an Associates of Applied Science degree from Volunteer State Community College, where she was a member of Lambda Epsilon Chi Chapter of National Honor Society and Paralegal/Legal Assistant. She was awarded the Presidential Status in the Sigma Alpha Pi Chapter of the National Society of Leadership and Success.
After completing her degree, she was a Deputy Clerk with the Tennessee State Appellate Courts and was then promoted to a Support Analyst for the Administrative Office of the Courts.
Stephanie loved traveling, shopping, Spring, flowers, visits to Cheekwood and spending time with Piccolo and Broxton. She is survived by her parents, Todd and Patricia (Patty) Wilson, sisters Melissa and Justina, Grandmother Donna Wilson, along with many beloved Aunts, Uncles and Cousins.
In lieu of flowers, donations may be made to the Leukemia and Lymphoma Society in her honor.

To order memorial trees or send flowers to the family in memory of Stephanie Wilson, please visit our flower store.