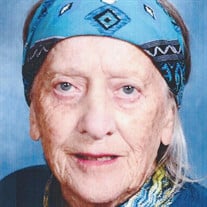 Ruth Eloise Reeve 94 of Oak Ridge passed away on September 26, 2017 at her home. She was the daughter of Edward W. Anderson and Edith Van Wickler Anderson. Born in Hempstead, Long Island, New York on July 8, 1923, Ruth graduated from Adelphi University in Garden City< NY, School of Social Work.

To order memorial trees or send flowers to the family in memory of Ruth Reeve, please visit our flower store.