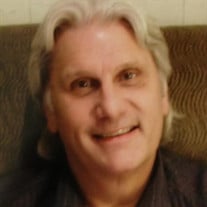 Ronald Gary Cooper, age 71, of Oak Ridge, passed away peacefully at home on Friday, June 14, 2019.
Ronald was born October 17, 1947, in Oswego, Kansas. At different times in his life he also resided in California, Utah, New Mexico, Illinois, and Tennessee.
Ronald served in the U.S. Army from 1968-1970. Returning home from an honorable discharge, he met his next-door neighbor, Ramona. The two were married in 1973 and remained happily in love for the next 45 years.
Ronald had a lengthy career in science and research, with a specialization in the physics, applications, production, and testing of neutron detection systems. He worked as Senior Research Engineer for CALTEC, as well as for the Physics Dept at the University of Utah, where he was promoted to Director of Engineering and Technical Staff. While there he was a member of the Cosmic Ray Research Group, where he upgraded the Fly's Eye Ultra High Energy Cosmic Ray Observatory.
He was employed as a physicist and project manager for Lockheed-Martin/Bechtel Nevada, winning the LANL distinguished achievement award for his collaboration on the construction of a sub-picosecond high-brightness accelerator. At Oak Ridge National Laboratory, he held the position of Distinguished Scientist and Group Leader for neutron detector R&D, which developed and managed the neutron detector systems for High Flux Isotope Reactor and the Spallation Neutron Source.
Over the course of his career, Ronald published numerous scientific papers. His contributions to the field for which he held so much passion will not be forgotten.
He was preceded in death by his parents, Lora and Jack Cooper, his brother, Larry, his brother-in-law, David Hill, his son, Nolan, and his nephew, Paxton.
Ronald is survived by his wife, Ramona, his sisters, Beverly and Anya, his brother, Jack, his daughter, Alice, his grandchildren, and many cousins, nieces, and nephews.
His family may be contacted for the details of the memorial service.
Please share thoughts and memories at https://www.martinfuneralhomeoakridge.com/
Martin Oak Ridge Funeral Home 865-483-4341

To order memorial trees or send flowers to the family in memory of Ronald Cooper, please visit our flower store.