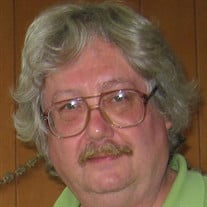 Robert (Bozz) Cunningham passed away October 12, 2016
Robert was a 1973 graduate of O.R.H.S. He entered the University of Tennessee where he pursued a degree in chemical engineering in 1977, he was hired by the Cheyenne Corporation in Houston, Texas working in the oil industry.
After 10 years he returned to Oak Ridge area where he worked in materials management and chemical technology. Robert returned to East Tennessee since he was an avid supporter of U.T. football and the ladies Vols basketball team.
Other interests he enjoyed were computer technology and design machine mechanic and automotive design.
He was the youngest son of the late Jack and Delores Cunningham. He is survived by 3 sisters LaVonne Spicer of Knoxville, TN, Diane Jameson of Waldorf, MD and Joan Wofford of New Market, Alabama. Also survived by a brother Jack Cunningham Jr of San Francisco, California
Visitation with the family will be Monday October, 17,2016 from 5:30 to 6:30 PM at Martin Oak Ridge Funeral Home. A Catholic mass of Christian Burial will follow the visitation at 6:30 PM Interment will be held on Tuesday October 18, 2016 at 2:00 PM at Anderson Memorial Gardens in Clinton, TN.

To order memorial trees or send flowers to the family in memory of Robert Cunningham, please visit our flower store.