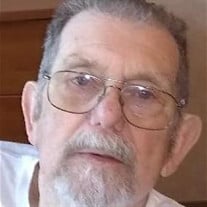 Richard Ray Williams Retired Y-12 Principal Technologist 84 of Oak Ridge went to be with his Lord on 07/21/2018. He spent 4 years in the Air Force 3 years on staff at U.T. then began employment in 1958 with Union Carbide Nuclear Division at Y-12. He retired as a Principal Technologist on May 31, 1992. He was born Jun3 21, 1934 in Bassett, Henry County, Virginia. He married Margaret L. Hopkins on October 02, a956 who passed away October 02, 1962. He then married Helen F. Chlidzinski on May 23, 1964. He was preceded in death by his father Daniel T. Williams and mother Dennie Irene Ashworth Williams Roberts and stepfather Connie Roberts. Brother Daniel Williams and sister Gladys Cooper. Mr. Williams is survived by his wife Helen Williams and children Charles Michael Williams and Tina Williams Braden. Grandchildren Elliot Williams, Linda Kay Ward and Karen Irene Braden. Great-Grandchildren: Tyler, Christopher, Gary, Aurora Cabbot, and Bryson. He is also survived by one brother, Harold Williams and one niece Jo Ann Williams. He is also survived by many special friends at Amvets Post #2 in which he was a member and former District Commander. No service will be held and the family request any memorials be in the form of donations to the Heart Associations of American Veterans organization. Online messages may be left for the family at www.martinfuneralhomeoakridge.com . Services entrusted to Martin Oak Ridge Funeral Home 865-483-4341

To order memorial trees or send flowers to the family in memory of Richard Williams, please visit our flower store.