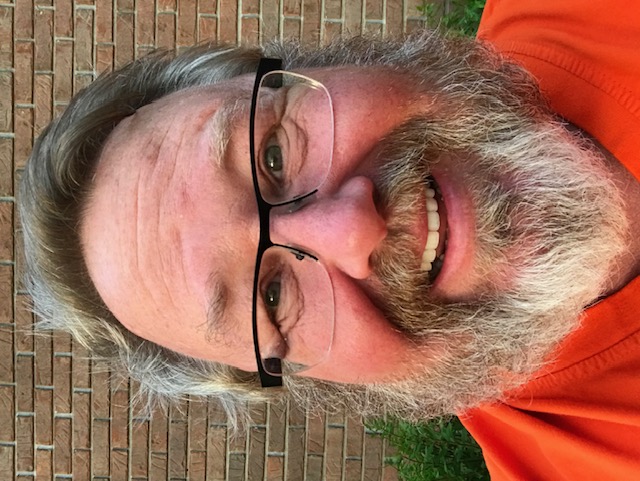 Richard Olaf Sabine passed from this life to paradise on Monday, November 21, 2022, at his home in Oak Ridge, TN.  He was born in St. Louis, Missouri on August 21, 1955. He was 67 years old when he crossed the bar. He was raised in Mobile, AL; graduating from Murphy High, Class of 1973. He served as a Navy Airedale, working on aircraft which led to his love of flying in later life. He worked a stint as a tugboat captain and had a lifelong love of being on the water, sailing and anything nautical. He was a certified hard hat deep sea welder. He earned a BS in Computer Science at the University of South Alabama, later moving to the Northwest GA area to work as a systems analyst in the Dalton Carpet industry for major companies including Chadwick, Dixie Carpets and Beaulieu. He then transitioned to self-employment where he really excelled, not only building a computer with his daughter, Lucy, but also building his own computer system. He loved all kinds of music, from Johnny Cash to the Allmon Brothers to Andrea Bocelli.  Richard never met a stranger and was quick to try and find something to talk about that would not only engage others but challenge them to think. He loved learning to do new things whether it was turning a bowl on a lathe, collecting silver coins, rebuilding a muscle car by himself, repairing, and refinishing a sailboat to make her seaworthy, or delving in the stock market. He was an avid gardener who loved being outdoors, working in his yard and spending time with his dog, Blue. His favorite all time food was fried chicken, and he ate it anywhere he could from his own table to the top of Pigeon Mountain. He learned the Truth and it set him free while he was in college, listening to sermons from V.P. Black. His favorite hymn was There is Power in the Blood. Besides the Lord, the love of his life was his family, especially his children. He is survived by his wife of 23 years, Dona Lynne (Shields), daughters-Rachel Elizabeth Dunn (Nathan), Lucy Melynne (Kaleb Sobek), his brothers-Bart (Beth) and Chris(Laura), his sister, Karen Majors; his grandchildren, Nate and Bella Grace Dunn along with several cousins, nephews, nieces and extended family. He was preceded in death by his son, Richard Olaf, Jr. and his parents, John Barton, and Phyllis Sabine. A private family service will take place at a later time. In lieu of flowers, please consider making a donation to the American Kidney Fund.

To order memorial trees or send flowers to the family in memory of Richard Sabine, please visit our flower store.