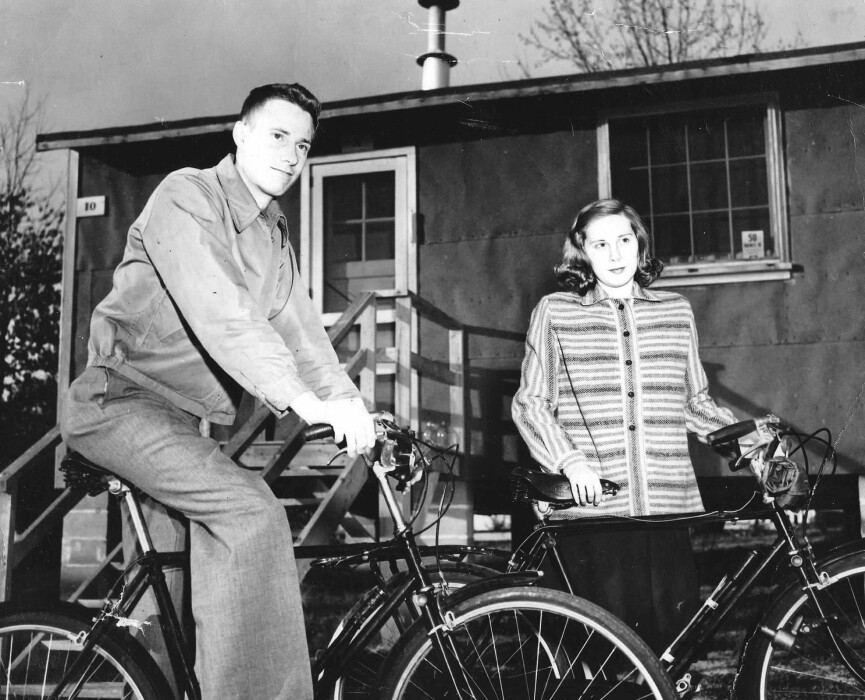 Raymond George Wymer died peacefully on July 13, 2022 at Commonwealth Senior Living Center.  Ray was born in Colton, Ohio, and spent what he described as an idyllic childhood in the Toledo, Ohio area.  He joined the Navy in 1944, and after an honorable discharge, enrolled at Toledo University.  Classmates at the university set him up on a blind date with Kenalene Cole, and they married in 1948.  Immediately following the ceremony they put their bicycles in the back of a 1934 Chevrolet and headed out to San Francisco, where Ray had been stationed during the war.  The car gave out just as they reached Mammoth Cave.  A kind Park Ranger bought the car  for $25.00 and they proceeded to head south until they reached Memphis.  The weather having turned cold, the couple decided to stay in Memphis and start school.  Ray graduated with a BA from Memphis in 1949 and then moved on to Vanderbilt where he received his MA and PhD in 1953.  Immediately upon finishing school he accepted a position at ORNL, where he eventually became Director of the Chemical Technology Division.   After retirement he was a consultant for ORNL and the National Nuclear Security Agency and  served on  DOE program review and awards committees.   He was an Associate Member of the National Academies, served on a United Nations UNSCOM team to Iraq in the mid 1990s evaluating Iraq's uranium enrichment capability by chemical exchange, and was on numerous U.S. Department of State nuclear non-proliferation reviews.  He co-authored the book “Chemistry in Nuclear Technology” and co-edited a book “Light Water Reactor Fuel Reprocessing”. He served as editor of the journal Radiochemica Acta for more than ten years.  Ray was also an Adjunct Professor in the Department of Civil and Environmental Engineering of Vanderbilt University.  He received the Robert E. Wilson Award in Nuclear Chemical Engineering for Outstanding Work on the Nuclear Fuel Cycle and the Glenn T. Seaborg Actinide Separations Award for his contributions in the nuclear area. Ray was an avid hiker and enjoyed taking family members to the Boundary Waters of Canada where he displayed his abysmal sense of direction.  He also served as Boy Scout leader and a reader at the Recording for the Blind.  He was predeceased by Kenalene, his wife of 62 years, son-in-law William McIlwain, and grandson Will McIlwain.  He is survived by daughter Dian McIlwain, son David Wymer and wife Sally Glaeser, daughter Janis Williams and husband Don, and Susan Minton and husband Joe.  He is also survived by ten grandchildren and ten great-grandchildren who brought him great pride and joy.  Mott-McKamey Funeral Home and Cremations is in charge of arrangements.  A private memorial ceremony is planned.

To order memorial trees or send flowers to the family in memory of Raymond Wymer, please visit our flower store.