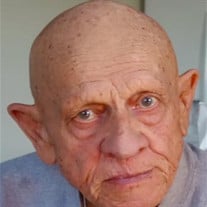 He graduated from high school in Johnson City, TN, and moved to Oak Ridge to work at ORNL for more than 25 years. Phil loved rock fishing and hunting, and had several treasured dog companions over the years. He was a member of First United Methodist Church.

He was preceded in death by his son, Jerome Hayes, and parents Robert and Golda Hayes.

The family wishes to thank Brookdale Senior Living, Caris Hospice and Seniors Helping Seniors for their support. Burial service is for immediate family.

To order memorial trees or send flowers to the family in memory of Phil Hayes, please visit our flower store.