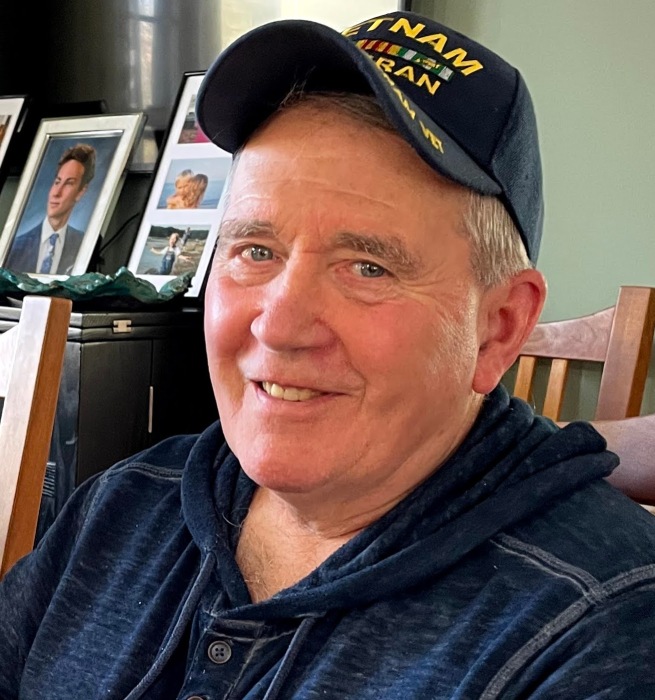 Oak Ridge – Peter (Pete) Greenwalt – age 75, of Oak Ridge, passed peacefully with his family at his side, on a rainy morning, Wednesday, February 23, at Summit View of Rocky Top, after suffering a long battle with Alzheimer’s disease.  Pete was born in West Point, New York.  Pete travelled the United States and Europe with his family as his father served in the U.S. Army.  Pete graduated from Annandale High School in Annandale, Virginia.  After serving with the U.S. Army in Vietnam, Pete returned to the United States in 1968.  He then attended Virginia Tech where he earned his B.S. Degree and his M.B.A.  He began his career at Department of Energy (DOE), formerly the Energy Research & Development Administration (ERDA), in Oak Ridge where he met and married Jane in 1980.  They lived in Oak Ridge until 1994 when they transferred to the newly created Ohio Field Office located in Miamisburg, Ohio, where Pete served as the Budget Division Director and later became Chief Financial Officer.  They returned to East Tennessee in 2008 and lived in North Knoxville until they moved back to Oak Ridge in 2021.

Pete was committed to public service, serving in the U.S. Army and spending his career, over 30 years, at DOE. He was kind and generous, and supported his community and those around him at work and serving in various roles in the United Methodist churches where they lived, including Kern United Methodist in Oak Ridge and the Fountain City United Methodist Church. He bravely married Jane when she had two children from a previous marriage; Pete stepped into his new roles with an open mind and a sense of humor, which he probably learned growing up with six brothers and a sister. He was loved by all.

Pete was preceded in death by his father, Col. William J. Greenwalt, and mother, Virginia Helen, and brother, Cpl. Thomas Greenwalt (USMC), of Miami, Florida.  He is survived by his wife Jane, married 41 years, and his wonderful stepchildren and grandchildren, who he dearly loved, Katherine Harman-Stokes and husband Nolan Stokes of Falls Church, Virginia, and children Ryker and Lelia, and LCpl. William Dale Harman (USMC) of Oak Ridge, and daughter Sarah; his sister, Patricia (Rodney) Paschall, Naples, FL; brother Col. (Ret.) John and his wife, Jackie, Richmond, VA; William and his wife, Judy, San Jose, CA; Michael, wife Tammy, Baltimore, MD; Richard, wife Darlene, Carlisle, PA; and James, Richmond, VA.  Our sincere appreciation to the staff of Summit View of Rocky Top and Caris Healthcare and Hospice of Knoxville for their caring and compassion of Pete and our family as we journeyed through this difficult time, and to Elder Law of East Tennessee.

Pete will be interred in a family service at the East Tennessee State Veterans Cemetery, 2200 E. John Sevier Hwy, Knoxville, TN  37920, on Friday, April 1, 2022.  A Celebration of Life will be held for family and friends at Calhoun’s Restaurant, 100 Melton Lake Peninsula in Oak Ridge at 4 p.m. that same day.  Donations in Pete’s memory may be made to the Alzheimer’s Association, https://www.alz.org/,  https://www.alz.org/?form=alz_donate.

To order memorial trees or send flowers to the family in memory of Peter Greenwalt, please visit our flower store.