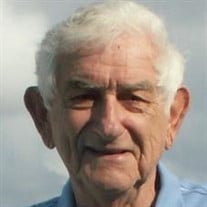 Marvin Aaron Kastenbaum passed away on 24th of September at the Cornerstone Hospice, Orlando, Florida.
He is survived by his wife of 62 years, Helen (Ganz) Kastenbaum, his daughter, Joan Sara Marotto and son in law Harry, and his son, Robert H. Kastenbaum and daughter in law Judy. Marvin is also survived by his grandchildren, Jamie Jackson and her fiancé Christopher Zaino, Daniel Jackson, Kristine Kastenbaum McCallister, her husband Scott, and Andrew Kastenbaum. Marvin also has two great-granddaughters, Rue and Dahlia Zaino, as well as numerous nieces, nephews and cousins.
Marvin was born January 16, 1926 in the Bronx, N.Y., to Abraham (Harry) and Sarah (Strahl). He was the youngest of nine children. Five of the Kastenbaum sons served in World War II. Marvin served in the U.S. Army, "E" Company, 124th Horse Cavalry Unit. He fought in the China/Burma/India Campaign in several offensives, earning a Bronze Star, several other medals and Campaign Ribbons.
After returning to civilian life, Marvin completed his undergraduate studies at New York University and went onto earn his Bachelor of Science Degree in Mathematics. He then extended his education, working for his PhD in Statistics at the University of North Carolina, Chapel Hill. It was during this time he was introduced to his future wife, Helen Ganz, by his older brother "Dutch." Helen and Marvin married in December 1957. After completing his PhD, Helen and Marvin moved to Oak Ridge, Tennessee where he worked as a Statistician for the Atomic Energy Commission, Oak Ridge National Laboratory. Marvin was a founding member of the Oak Ridge Jewish Congregation, and active in the Oak Ridge Playhouse as well as with a large number of friends. Helen and Marvin raised their two children in this loving and close community. In 1970, Marvin joined The Tobacco Institute in Washington, D.C. and the family relocated to Potomac, MD. Marvin was enthusiastic about skiing, tennis and golf, and the family had a vacation home in the Shenandoah Valley, at Bryce Resort for many years. There they established long time friendships that have lasted even through their retirement to Florida.
Marvin and Helen have lived in Florida since 1984, most recently in Clermont, to be close to their son Robert, his wife, Judy and their grandson, Andrew.
Service will take place at the Martin Funeral Home, 11:00 a.m., on Wednesday, October 2, 2019. 1017 Turnpike, Oak Ridge, TN. Internment will immediately follow at the Jewish Congregation of Oak Ridge Cemetery.
In lieu of flowers, the family requests that charitable donations be made in Marvin's honor to: The Jewish War Veterans of the United States of America.
Online messages may be left for the family at www.martinfuneralhomeoakridge.com Services entrusted to Martin Oak Ridge Funeral Home.865-483-4341

To order memorial trees or send flowers to the family in memory of Marvin Kastenbaum, please visit our flower store.