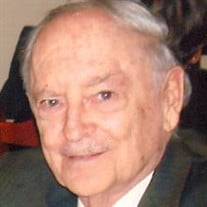 Marcel Schmorak, a retired ORNL physicist, passed away on October 28, 2018 after a long illness.
Mr. Schmorak was born on April 8, 1931 in Warsaw, Poland. After the Nazi occupation of Poland in September, 1939, the Schmorak family, which in addition to Marcel included his parents Simon and Sophie and Marcel's younger sister Hanna, escaped to Palestine and settled in Jerusalem. Several other Marcel's family members perished in the Holocaust. In 1948, as a young man, Marcel fought in Israel's War of Independence.
After studying Physics at the Hebrew University in Jerusalem, Marcel Schmorak worked on his doctorate in Sweden at the universities of Stockholm and Uppsala.
Having received his Ph.D., Marcel worked at the Weitzman Institute in Israel, in the Brookhaven National Laboratory, at MIT, and at Laval University in Quebec, Canada. From 1967 and until his retirement, Marcel Schmorak worked at the ORNL Physics Division.
He is survived by his wife of 55 years RosalindSchmorak, of Oak Ridge; his sister Hanna, of Israel, her four children, Avner, Assaf, Amnon, and Ariel, and her 12 grandchildren.
Marcel Schmorak was a member of the Jewish Congregation of Oak Ridge.
The funeral service will be held on Thursday, November 1, at 11 am, at Martin Oak Ridge Funeral Home, following with burial at the Beth El Jewish Cemetery.
In lieu of flowers, donations may be sent to the Jewish Congregation of Oak Ridge, P.O. Box 5434, Oak Ridge, TN 37831.

To order memorial trees or send flowers to the family in memory of Marcel Schmorak, please visit our flower store.