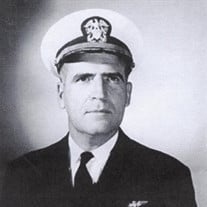 
Joshua A. Langfur of Oak Ridge and formerly of Memphis, passed away peacefully on April 19. He was 96.

The Brooklyn-born musician and retired U.S. Naval Commander learned to play cello at the age of five. He studied cello at the Brooklyn Academy of Music and later at the University of Miami on scholarship. Visually impaired for the last several years and unable to read music, he continued playing cello and piano until the time of his passing.

Josh originally hoped to become a concert cellist until World War II intervened. "The war changed everything for a lot of people, yet what could be better than to be a young pilot in World War II" he said in later years. "When you flew you were free from the bonds of the earth."

While in college he received his pilot training in an open cockpit with goggles and helmet and soon acquired his commercial license. By the time the United States entered World War II he had hundreds of hours of flight time and an instructor's rating.

He joined the Navy as a flight instructor but was soon leading a squadron tracking German submarines off the East Coast of the U.S., South America and the Caribbean. His war service took him to the South Pacific, Guadalcanal, Guam, Midway Island, Philippines and the island of Peleliu where he flew converted B-24s for observation and bombing missions and later medical evacuations during the Korean War.

He once said, "Flying could be hours and hours of tedium accompanied by minutes of terror." He flew more than 10,000 hours including the Berlin Airlift, surveillance patrols during the Cuban Missile Crisis, and commanded the Navy Hurricane Hunters in Puerto Rico.

Throughout it all he continued his musical career, playing professionally with the Memphis Symphony and the Arkansas Symphony, which led to studio work during the apex of the Memphis recording era. Some of the hits he played on include Elvis' "In the Ghetto," The Box Tops' "The Letter" and Isaac Hayes' "Theme from Shaft."

Josh is survived by the love of his life, Grace Pearson Langfur, who was a WAVE at the time they first met when he asked her to dance at the Officer's Club in Miami, Fl. They were married for 69 years.

Josh was known and loved for his great sense of humor, his compassionate heart and his gifted mind. He will be deeply missed.

To order memorial trees or send flowers to the family in memory of Joshua Langfur, please visit our flower store.