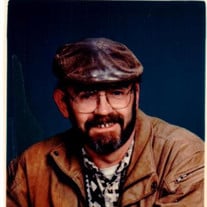 Jim was in the Army for several years after he graduated from Oak Ridge High School in 1969. Later in life, Jim worked for many years in the lab at Methodist Medical Center hospital. Jim was a devout member of the First Cumberland Presbyterian Church - Oak Ridge.

Due to current public health considerations, there will be no receiving of friends. In lieu of flowers, please make donations to the St. Jude Children's Hospital. A private graveside service will be held for the immediate family.

To order memorial trees or send flowers to the family in memory of James Holsopple, please visit our flower store.