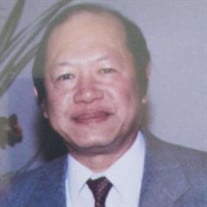 He served as a general administrator at Tenneco in Houston, TX. He was an information technology technician at PAI, then American Technologies, Inc., and ORNL Federal Credit Union in Oak Ridge, TN. He retired from the credit union in 2014.

Donations in lieu of flowers to St. Jude's Hospital in Memphis, TN. No services are currently scheduled. Arrangements were handled by Martin Oak Ridge Funeral Home in Oak Ridge, Tennessee.

To order memorial trees or send flowers to the family in memory of Hahn Quach, please visit our flower store.