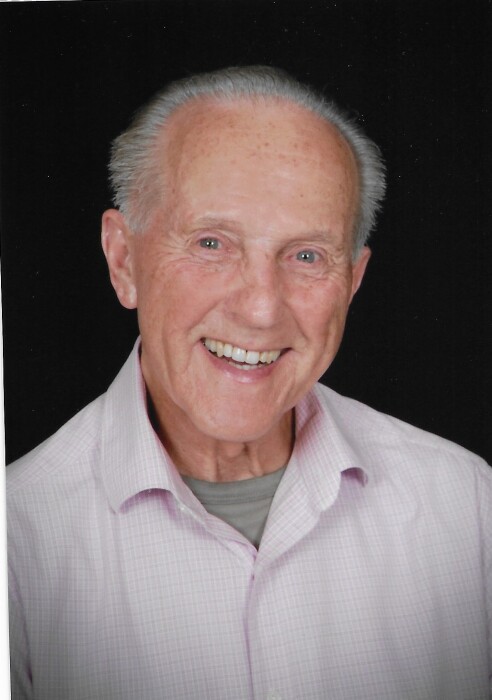 Gene Wilburn Sanslow, 87, passed away  on March 27, 2022, at his home of over 50 years, in Oak Ridge, TN.   He had been recently diagnosed with vascular dementia, after months of seeking answers for his rapidly deteriorating health.  He was a first generation American citizen, born in Lafayette, Colorado on October 14, 1934.  His family was with him.

Gene grew up in the coal mining camps of Benham, Cumberland and Lynch in Eastern Kentucky.

He served in the Air Force during the peace keeping time in Korea.  He moved to Oak Ridge for an accounting position with the former Atomic Energy Commission (AEC).  He was active in many organizations, such as the Jaycees, Oak Ridge Cemetery Association, Girls Inc. and UT Arboretum, where he freely donated his time and resources.  He was a former board member of the TN Members First Credit Union, serving most of that time as treasurer.  He served on Linden Elementary School, Robertsville Junior High School and Oak Ridge High School PTA organizations.

Gene was an avid gardener and thrived on people commenting and admiring his yard.  He and his wife Marsha worked together to make their yard a special place for them.  He loved for people to stop by and talk to him about his yard, many whom he did not know.  He was always willing to give out starters for any plants that were in the yard.  He took immense pride in his home and his family.  He loved coming home from work and immediately playing a game with his daughters and talking with them about their day.  He enjoyed all the family trips, especially as his grandson Hunter got older.

At some point he started making sourdough bread by hand and giving away most of the loaves to his family, neighbors and friends. Everyone looked forward to getting a loaf of homemade bread hanging on their front doorknob.

He was preceded in death by his grandparents, Laszlo and Erzsebet Szaniszlo, of Tuzer, Hungary, who processed through Ellis Island with their children in 1906. Also grandparents John and Lillie Hughes, his parents Gaza and Edna Sanslow, his younger brother Edward Sanslow, and his son-in-law, Russell Wexler.

He leaves behind his wife, Marsha, of almost 59 years, and his two daughters, Gena Wexler of Oak Ridge, and Jill Camper and husband Glen Camper of Gadsden AL, and a much loved grandson Hunter Duff. He is survived by a step-granddaughter, Meagan Camper, and a step-grandson, Benjamin Wexler II.   He leaves behind four granddogs – Maisy, Roscoe, and Shadow Wexler, and Ellie Camper.

He is survived by his sister Linda Fagan of Richmond, KY, and 3 nephews.

No formal service is planned.  He requested that any contributions be made to:  Holston United Methodist Home for Children, 404 Holston Dr., Greeneville, TN 37745.

To order memorial trees or send flowers to the family in memory of Gene Sanslow, please visit our flower store.