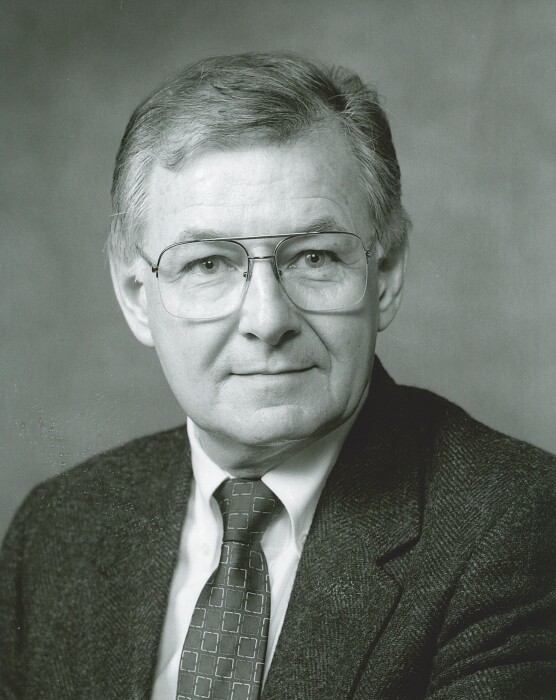 Fred received his Ph.D. in Biochemistry under the direction of Professor W.E. Cornatzer at the University of North
Dakota in Grand Forks. He moved to Oak Ridge, Tennessee, in 1958 to be Chief Scientist at Oak Ridge Associated
Universities (ORAU). He remained at ORAU for the remainder of his career, holding various other positions. He was
appointed Director of Biological Chemistry in 1965 and kept that distinction until his retirement in 1995. He was
promoted to Assistant Chairman in 1975 (the year he met the love of his life, Joy). He became Associate Chairman
(1979), Vice Chairman (1988), and finally, Associate Director (1992) of the Medical Sciences Division. He also had
joint appointments of Professor of Biochemistry at the University of Tennessee at the Medical School (Memphis) and
Professor at the Oak Ridge National Laboratory Biomedical School (Oak Ridge).


In addition, he was an Adjunct Professor at the University of North Carolina (UNC-Chapel Hill) in the Department of
Biochemistry and the School of Pharmacy. He was awarded two very prestigious honors from UND: 1) an Honorary
Degree of Doctor of Science (1983) for distinguished service and outstanding achievements and 2) the special Sioux
Award (1974) for distinguished service and outstanding achievements. While at ORAU, he trained ten Ph.D. students,
several M.S. students, and numerous postdoctoral fellows from the USA, Netherlands, Poland, Norway, France,
Japan, China, New Zealand, and Egypt. He had three hundred sixty publications in peer-reviewed journals, two
patents, and four books. He was a member of five major Editorial Boards. His research centered on ether-linked lipids
related to inflammation and cancer, pulmonary surfactant, and lipid enzymology. A significant discovery by his group
in 1979 was the elucidation of the chemical structure of platelet-activating factor (a potent lipid mediator). He has
many national and international honors and awards from various universities in the USA, Japan, and Italy. He has
been a member of multiple scientific research review boards, including those of the National Institute of Health (NIH),
American Cancer Society (ACS), Department of Energy (DOE), and the Veterans Affairs (V.A.) Merit Review Board.
All his research during his thirty-seven years at ORAU was funded by DOE, NIH, ACS grants, and other agencies.

Joy often accompanied Fred on his worldly travels to the many conferences and speaking invitations he received.
They both enjoyed their adventures together, at home and abroad. Fred loved their Australian Shepherds, Rusty,
Misty, and Bruiser.


Thank you, especially to Covenant Hospice and caregivers Jessica Torrez and Debra Riggs, for their care.

Memorial Services will be held at a later date.

In lieu of flowers, please donate in Fred’s name to the American Cancer Society, an organization for which Fred
served on the board and supported his entire career.

If you would like to write the family a note, please find an online registry at www.mottmckameyfh.com.

To order memorial trees or send flowers to the family in memory of Fred Snyder, please visit our flower store.