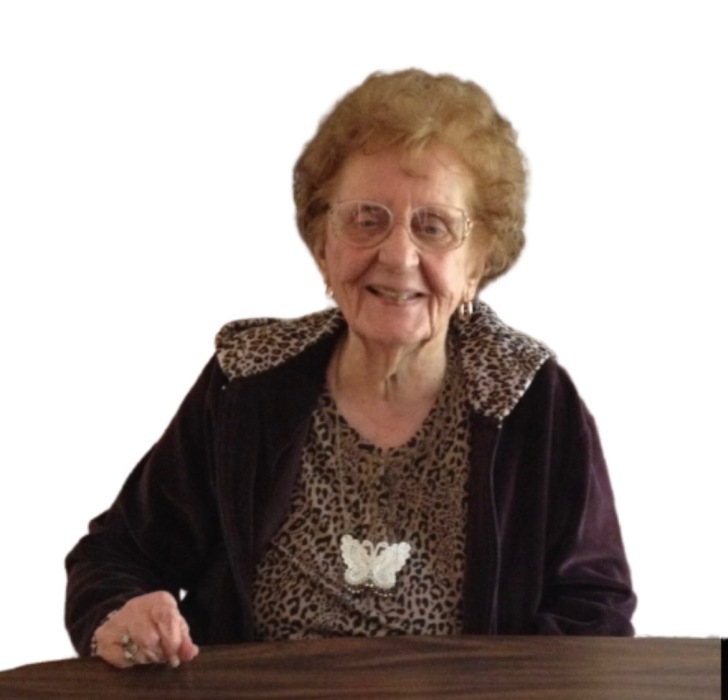 In 1951, a recruiting team from the Oak Ridge Operations Office convinced the Lipman family to transfer to Oak Ridge, where Eve had been a resident ever since. She became an avid Tennessee Vols fan.

Eve’ s hobbies included playing her accordion and organ and performing as a singer for the local chapter of the Sweet Adelines. She volunteered as a Red Cross Swimming Instructor at the municipal pool and also taught the neighborhood children to swim in her pool.

Eve was especially fond of her wonderful neighbors, Bill and Johelen Stephenson, and David and Teresa Pogue. Eve appreciated and continually thanked her excellent medical care teams at Dispatch Health, Methodist Medical Center and Covenant Hospice. Heartfelt gratitude to Dan Pope’s amazing Visiting Angels caregivers, Sarah Brooks and Cathy Wise, who bravely stayed with her while she was in the hospital and Sandra Espinoza, her remarkable caregiver for more than 13 years. Sandra was like family and treated Eve like her own mother. Sandra’s loving spirit and kind dedication, gave her the courage and energy to tend to Eve’s needs forming a special bond with her.

For more than 100 beautiful years, Eve brought immense happiness, love, and joy to the lives of those she touched. Her patriotism, wit, laughter, determination, and concern for others will never be forgotten. A life so beautifully lived deserves to be beautifully remembered. Visitation will be from 10-11:30 at Mott-McKamey Funeral Home, 1017 Oak Ridge Turnpike, Oak Ridge. Hospice Chaplin, Rev. Ginny Bridges Ireland, will be officiating at Eve’s graveside service at Oak Ridge Memorial Park at noon on March 17.

To order memorial trees or send flowers to the family in memory of Eva Lipman, please visit our flower store.