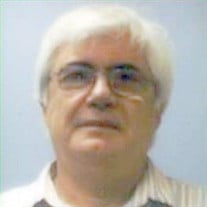 During his 77th orbit around the sun, Felix C. Difilippo died on February 28 in Oak Ridge, TN, due to heart failure complications. He was born in Argentina, where he first studied science by candlelight. He attended the University of Buenos Aires and in 1967 earned his PhD in Physics at the Instituto Balseiro in Bariloche, Argentina. After a dozen-plus years of working at the Comision de Energia Atomica Argentina and teaching at the University of Buenos Aires, he joined the Oak Ridge National Laboratory in 1974 where he excelled through 2006, when he retired. Felix contributed to advancements in multiple areas in nuclear physics and power generation science and engineering. He was a Fellow of the American Nuclear Society, US Technical Representative for the International Atomic Energy Agency on Gas Cooled Reactors, member of NASA's Technical Team on Nuclear Propulsion, and many other endeavors. After retirement from ORNL, he continued adding to his numerous scientific publications and was a Contributing Editor for publications, such as Annals of Nuclear Energy. He is survived by his granddaughter Sofia, sons Ernesto and Eduardo, their mother Nuria Hernandez as well as his brother Jose Difilippo. Felix rests after an exceptional journey of professional, family, and personal growth. He will be missed dearly by his family, friends, and colleagues. Graveside services will be 11:00am Monday March 02,2020 at Oak Ridge Memorial Park

To order memorial trees or send flowers to the family in memory of Dr. Difilippo, please visit our flower store.