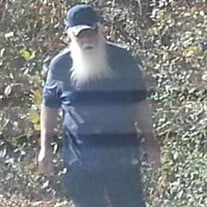 David L. Baker, 76, of Oak Ridge TN, passed away on March 16, 2017 due to health issues with family by his side.
David was born at home in Maryville Tennessee on February 2, 1941.
MSGT Baker retired from the U.S. Air Force after 20 years of service for his country. During his service time he served in Vietnam, Philippines, Italy and Thailand. He was stationed in numerous places around the world. After his service he came home to Oak Ridge TN where he lived the rest of his days fishing and many knew of him as The Walking Man of Oak Ridge. On March 16, 2017 David hung his walking shoes up for the last time.
Preceded in death by: Parents Frank and Helen Baker; Brothers PFC Michael Roger Baker (KIA), Senior MSG Frank Richard Baker and Wife Wilma Jean.
Survived by Siblings, MSGT Ronald Baker (Clara) of Klamath Falls Oregon, Doris Baker of Oak Ridge TN, SGT Gary Baker (Carol) of Powell TN, and Maxine Baker of Oak Ridge TN, also survived by several nieces, nephews, great nieces and nephews and great great nieces and nephews.
In lieu of flowers and food donations please consider donating to The Veterans of Foreign Wars, Post 1205, 1143 Oak Ridge Turnpike Suit 104A/246, Oak Ridge TN 37830 in his name or Oak Ridge Walking Man.
Martins Funeral Home of Oak Ridge is in charge of arrangements. At his request there will be no receiving friends. Grave site services will be held Tuesday March 21, 2017 at East Tennessee State Veterans Cemetery Knoxville TN at 11:30.

To order memorial trees or send flowers to the family in memory of David Man", please visit our flower store.