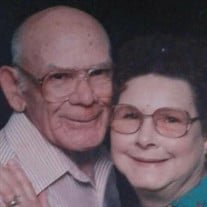 Cecil Henry Moore age 89 is in the care of Martin Oak Ridge Funeral Home. Cecil passed away Friday November 16,2018 at Diversicare of Oak Ridge. He was born February 12, 1929 Lenarue, Kentucky to Henry and Minnie Moore. A high school graduate and served our country in the Navy from 04/04/1946 until 04/03/1948 and was of the Baptist faith. Cecil worked at Union carbide as a service man until he retired in 1992 and was a member of Teamsters Union Local 519. He enjoyed many things especially knife and coin collecting as well as hunting and fishing. Cecil was preceded in death by his parents Henry and Minnie Moore and his daughter Henrietta Moore Murphy. he is survived by his wife Georgia Bryant Moore; daughters, Susan Kay Powell and Husband Earl Lynn Powell, Robin Joy Summers and husband Chuck Summers; Son-in-law Joe Murphy; Grandchildren, Ginger Davis, Dustin Powell, Amy Clark, Roy Allen, Candice Johnson and Courtney Summers; 14 great grandchildren and 10 great great grandchildren. Visitation with the family will be Monday November 19, 2018 from 5-7pm at Martin Oak Ridge Funeral Home with a funeral service beginning at 7pm. Interment will be 11:00am Tuesday November 20 at Anderson Memorial Gardens in Clinton, TN. online messages may be left for the family at www.martinfuneralhomeoakridge.com . Services entrusted to Martin Oak Ridge Funeral Home 865-483-4341

To order memorial trees or send flowers to the family in memory of Cecil Moore, please visit our flower store.