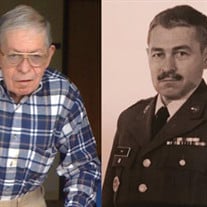 Bert May, a man who loved God, honored his Mother and Father, faithful to his Family, served his Country, and always respected and helped his neighbor entered into his heavenly rest on March 4. He was 77.

Bert was born to Frank and Dorothy Frederick May on Donaldson Road in Washington, Indiana. He was raised on a farm with three older sisters (Alice, Doris and Joyce) and one younger brother (Jim) where he learned the values of family.

Bert graduated Jefferson Grade School in 1954 and graduated from Washington High School in 1958 where he was an outstanding track athlete. In the summer between his junior and senior year, he spent 13 weeks at Lackland Air Force Base in San Antonio, TX for basic training in the Air National Guard. He was station at the 113th Tactical Fighter Squadron in Terre Haute, IN. In 1961 his unit was summoned by President John F. Kennedy to take a supportive role during the Berlin Crisis being stationed at an Air Base in Chambly, France. In 1963 he was HONORABLY discharged from the Air National Guard.

From 1959 - 1966 Bert worked for the Baltimore and Ohio Railroad (B&O). He began as a student operator working at different locations between East St. Louis, IL and Cincinnati, OH; always at the will of the company. Because of his quality of work and his dependability, he quickly moved up to Agent/Operator training student operators at 26 stations from O'Fallen, IL. to Storrs Jct., OH.

In 1966 he began his 34 year tenure at Otis Elevator in Bloomington, IN. retiring in July of 2000.
In 1974 he resumed his military service by enlisting in the Army National Guard in Bloomington, IN.
In 1978 he transferred to the Army Reserve. He served in various roles while in the Army, but none were as fun to him as being a Drill Sergeant with "Charlie-2-3" at Fort Nix, New Jersey. In 1989 he was HONORABLY discharged from the United States Army Reserve with the rank Sergeant First Class.

Bert started his family in November of 1962 with his marriage to Diana S. Widdows; the daughter of a B&O Roadmaster Russell Widdows. They shared the birth of Robert in February 1964 and Rebecca in May 1965. Bert's value for family can be clearly seen in how his son and daughter care for their own families.

Photography was a hobby that he truly enjoyed. He captured moments while in France, Germany, Libya, Italy, Newfoundland, Iceland, Bermuda and the Azore Islands. Though he took pictures while overseas in the Armed Forces, nothing gave him greater joy than capturing moments with his children and family.

After the pain of a divorce he re-married Sondra Abbitt and raised her two children Ann and Danny. Sondra passed in October 2004 after 31 years together.

Some of Bert's Military Commendations include a National Emergency Service Medal awarded by Governor Matthew Welsh, NCO Professional Development Ribbon, Army Achievement Medal, and numerous other meritorious awards for excellence in the execution of duty.

Family and friends of Bert May would like to express their gratitude and heartfelt thanks to Tony South and the staff at Martin's Funeral Home for their genuine care and compassion during this time.
Services entrusted to Martin Oak Ridge Funeral Home 865-483-4341

To order memorial trees or send flowers to the family in memory of Bert May, please visit our flower store.