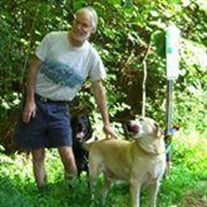 Andrew (Andy) Benjamin Shor of Oak Ridge died October 17, 2018 after a battle with pancreatic cancer. He was 64.

Andy was a person of many unique talents. He became a licensed amateur radio operator at age 8 and was the amateur chess champion of the state of Tennessee at age 15. Andy was a National Merit Finalist and attended the Massachusetts Institute of Technology (MIT) where he graduated with a degree in electrical engineering and computer science.

As an adult, Andy operated his own business, repairing and selling computers and other scientific and electronic equipment. Andy loved to hike, walk with his dogs, play chess and discuss politics. He was a passionate member of the Oak Ridge Chess Club and a member of the Rationalists of East Tennessee since the inception of that group.

Andy is survived by his brother, Joel Thomas Shor, his sister in law, Susan Grodinsky Shor, his nephew, Alexander David Shor, his niece, Emily Roberta Shor and his cousins, Becky Wagner, Les Wagner and Ginger Jones. His special friends included Melissa Allen and Craig Kirslis. A memorial for Andy will be planned for a later date.

To order memorial trees or send flowers to the family in memory of Andrew Shor, please visit our flower store.